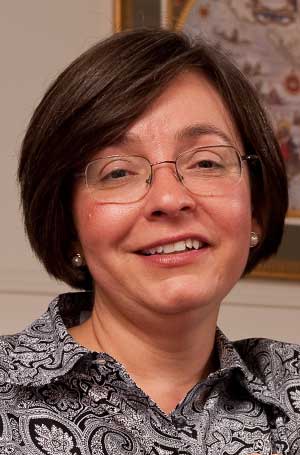 My historical research focuses on early modern science and technology in Europe and Latin America. Although my study of early modern science falls within the Western European context, by focusing on Spain and the Americas my work takes me into subject areas that have until recently received little attention within the traditional narrative of early modern science and of the Scientific Revolution. My research contributes towards a broader understanding of scientific practices that took place during the 16th century in the Spanish Empire, but my aim has always been to place specific accounts within the broader context of the history of science and technology. Therefore, my writing and teaching also explore a number of general themes in the history of science, such as epistemological issues of knowledge production, methodological aspects of scientific practice, intellectual history, the role of science in an imperial context, the relationship between science, technology and slavery, and science in the context of territorial exploration.

In my first book, Secret Science: Spanish Cosmography and the New World (Chicago, 2009), I studied the flow of geographical knowledge from the New World to Spain and how Spanish cosmographers sought to integrate the New World into the conceptual framework of Renaissance science. The book shows how they transformed traditional ways of explaining nature and developed new and sometimes innovative ways of dealing with the flood of new knowledge arriving from overseas.

For my second book I shifted from “doers” to “thinkers.” That is, from the pragmatic world of cosmographical practitioners to the conceptual universe of natural philosophers, and in particular the work of biblical scholar and exegete Benito Arias Montano (1527–1598). This book draws the contours of natural philosophical thought in sixteenth-century Spain and identifies a community of natural philosophers and biblical scholars who shared what I call the Spanish Disquiet, a preoccupation about the ability and validity of prevailing natural philosophical systems to explain the natural world. The ‘Spanish’ aspect of the disquiet refers to concerns among certain thinkers that natural philosophical systems inherited from antiquity were not wholly in concert with the ends advocated by natural theology. I argue, furthermore, that the Spanish Disquiet also extended to the purely empirical and theory-free understanding of nature that gained momentum in Spain during the century of discovery and that was seen as philosophically unsound and potentially morally dangerous in the climate of the Counterreformation.

From the perspective of history of science, Arias Montano was an original and even radical thinker who was well aware of scientific debates of his time. His approach to the study of nature framed the natural world as unfolding from a series of events described in the Book of Genesis. It was his view that the Creation narrative encapsulated, albeit cryptically, a number of metaphysical principles that undergirded a complete natural philosophical system based on the unshakable and cross-confessional authority of the Bible. He folded these ideas into theories of knowledge and of language that resulted in what I characterize as a Montanian hermeneutics of nature (or theory of interpretation of nature). These theoretical pronouncements were often supported with experiential evidence, careful observations and some experiments. This approach formed the basis from which he proposed a new cosmology in which there was no essential distinction between the material nature of the heavens and the Earth, and a new dualistic matter theory in which all things in the world were composed of various combinations of two primordial fluids. He also found in the Bible a ‘natural’ taxonomic scheme for plants and animals.

I was born in Puerto Rico and attended the University of Miami (Florida), earning a bachelor’s degree in electrical engineering. After twelve years as a practicing engineer, I returned to school to pursue a graduate degree in history of science and technology. My background as an engineer first drew me to history of technology, an interest I cultivate to this day by teaching undergraduate and graduate courses in this field. Recent offerings have included: Science and Technology in Latin America (1492–Present), Technological Transformations, and Science and Technology in Slave Regimes (with Prof. Robert Kargon).

Winner of the 2011 John E. Fagg Prize from the American Historical Association recognizing a book on the history of Spain, Latin America or Portugal.

“America and the Hermeneutics of Nature in Renaissance Europe.” In, Global Goods and the Spanish Empire,1492-1824: Circulation, Resistance and Diversity, Edited by Bethany Aram and Bartolomé Yun. 78-98. Palgrave, 2014.