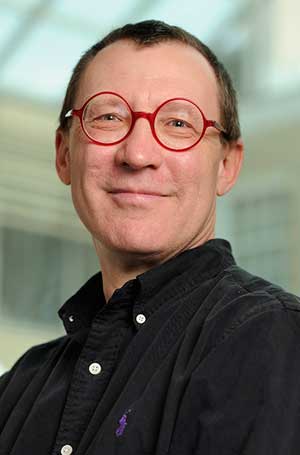 I came to Johns Hopkins as a post-doctoral fellow in 1981 and never left. My research and graduate teaching focuses primarily on the history of modern American science and technology. I continue to have an interest in industrial research and in science regions, both in the U.S. and abroad, and have published extensively on the history of Cold War science and technology and the Cold War university. In recent years my work has taken an architectural turn, including studies of corporate headquarters, research laboratories, and healthcare facilities. I have also been studying observatories, especially public astronomy, again with attention to matters of design. For the next few years I will be writing a history of Johns Hopkins University, a subject that brings together virtually all of my scholarly interests.

My graduate students have completed dissertations on a wide range of topics. Recent theses include studies in urban planning and housing in East Germany, the history of industrial tourism, telecommunications standards, the comparative history of semiconductor electronics in the U.S. and Japan, the visual culture of mining, radio astronomy, and technological risk and disaster. Several students have combined the history of science and technology with public history, taking advantage of our close connections with the Smithsonian.

I teach a wide range of undergraduate and graduate courses. Recent favorites include “Monuments and Memory,” a study of the defining monuments of Western culture and how we commemorate them, and “Science on Display,” a history of popular science in museums, botanical gardens, science centers, and film. I often teach undergraduate seminars on Las Vegas, on the history of the hospital, and on the history of the laboratory. I particularly enjoy freshman seminars, and will be offering a new one on the history of Johns Hopkins as a complement to my ongoing research project. The Cold War and American Science: The Military-Industrial-Academic Complex at MIT and Stanford