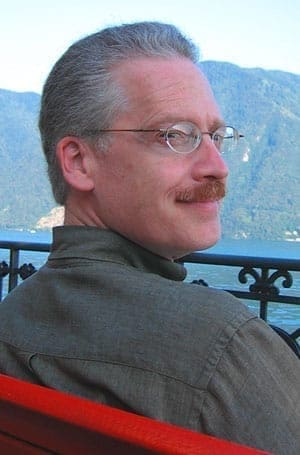 Drew Professor of the Humanities; Director, Singleton Center for the Study of Premodern Europe

I am broadly interested in late medieval and early modern (1200-1750) science and technology. I have recently finished a long-term project studying the intellectual, institutional, and social developments in chemistry at the Parisian Académie Royale des Sciences, 1666-1730. Many of the results of this project appear in my The Transmutations of Chymistry: Wilhelm Homberg and the Académie Royale des Sciences (Chicago, 2020). My current project is the production of critical editions and English translations of the alchemical works of the fourteenth-century Franciscan friar and prophet John of Rupescissa. I teach classes on Ancient & Medieval Science, the Scientific Revolution, and Science and Religion, as well as specialized graduate seminars such as “Wretched Subjects” (alchemy, astrology, and magic). I also hold an appointment in Chemistry where I teach Organic Chemistry.

My research specialization lies in exploring and understanding the history of chemistry/alchemy. While I am especially active in the study of early modern (1500-1750) chymistry (a term intended to include both what we call “chemistry” and “alchemy” in a time before there existed any clear distinction between the two), I also have a keen interest in the alchemy of the Greek, Islamic, and Medieval periods, and even its revival in the nineteenth century. My broad research goals include resituating alchemy in its due context--intellectual, social, philosophical, technological, religious, and experimental--and displaying its importance and influence in the history of science and in European culture more broadly. I want to understand both how alchemists thought about the world and their work and what they actually did practically on a daily basis. Consequently, my approaches include both the traditional historical methods of textual analysis/contextualization and archival research as well as the more innovative method of replicating alchemical processes in a modern laboratory (using historical apparatus and materials that try to approximate the impure substances ordinarily used in the past) in order more fully to understand the historical texts and their authors’ motivations as well as the practical aims, abilities, and observations of the original practitioners. This dual approach allows for a richer exploration of the interactions between theory and practice, between mind and hand--a feature that characterizes not only alchemy throughout its history but also its descendant, modern chemistry.

I am also committed to bringing the latest and most reliable historical discoveries and understanding to wider audiences outside the academy. Thus, in addition to several scholarly monographs, I have written two books for a general audience, both of which can be used as textbooks: The Scientific Revolution: A Very Short Introduction published by Oxford University Press in 2011 (available also in Spanish, Chinese, Swedish, Japanese, Arabic, and Korean), and The Secrets of Alchemy (also available in Chinese, Japanese, and Turkish) published by the University of Chicago Press in 2013.

The Secrets of Alchemy (Chicago: University of Chicago Press, 2013).

Alchemy Tried in the Fire: Starkey, Boyle,  and the Fate of Helmontian Chymistry. With William R. Newman. (Chicago: University of Chicago Press,  2002).

“The Development of the Basil Valentine Corpus and Biography: Pseudepigraphic Corpora and Paracelsian Ideas,” Early Science and Medicine 24 (2019):549-72.

“Texts and Practices: The Promises and Problems of Laboratory Replication and the Chemical Explanation of Early Alchemical Processes,” pp. 159-69 in Greek Alchemy from Late Antiquity to Early Modernity, ed. Efthymios Nicolaidis (Turnout: Brepols, 2018).

“The End of Alchemy? The Repudiation and Persistence of Chrysopoeia at the Académie Royale des Sciences in the Eighteenth Century,” Osiris 29 (2014): 96-116.

“Goldsmiths and Chymists: The Activity of Artisans in Alchemical Circles,” pp. 157-179 in Laboratories of Art: Alchemy and Art Technology from Antiquity to the Eighteenth Century, ed. Sven Dupré, (Dordrecht: Springer, 2014).

"Some Problems in the Historiography of Alchemy." With William R. Newman. Pp. 385-434 in: Secrets of Nature: Astrology and Alchemy in Early Modern Europe, ed. William Newman and Anthony Grafton, (Cambridge, MA: MIT Press, 2001).

"Alchemy vs. Chemistry: The Etymological Origins of a Historiographic Mistake." With William R. Newman. Early Science and Medicine, 1998, 3:32-65.