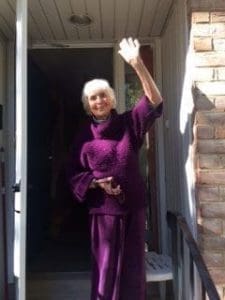 Joan Bromberg, a visiting scholar in our department since 2000, has recently passed away. She was a highly respected historian of modern physical science and technology. She received her PhD from the University of Wisconsin in 1966 and started her career as assistant professor at the University of Hawaii. She published three books, Fusion: Science, Politics and the Invention of a New Energy Source (MIT Press, 1982), The Laser in America, 1950-1970 (MIT Press, 1991), and NASA and the Space Industry (Johns Hopkins University Press, 1999), as well as numerous scholarly and popular articles.

She had taught or been a visiting lecturer in several universities and was contract historian for the U.S. Department of Energy (1977-1981) and Director of the Laser History Project (1982-1989). Joan was a productive scholar right to the end; two of her articles are forthcoming, along with a co-authored introduction to a special issue on the science of noise in Perspectives on Science in 2016. In addition to her scholarly work, Joan also tutored students in ESL and mathematics. We will miss her greatly.